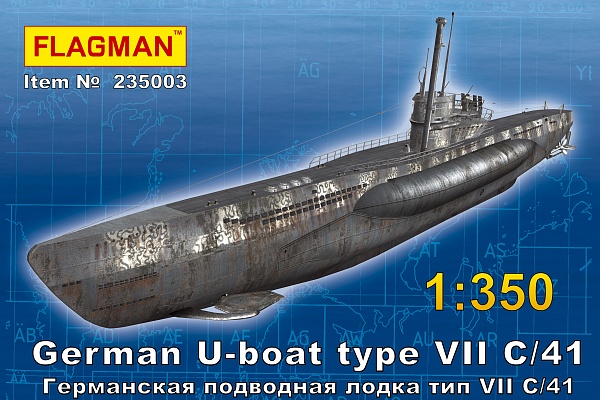 U-boats type VII C/41 were latest and most perfect modification of famous VIIC which were mass produced. The main differences from the previous modifications were an increased thickness of a strong pressure hull makes them able to dive up to 250m depth, upgraded electrical equipment and intensive anti-aircraft weapons. Most of 91 U-boats had a unit allows diesel engine operate underwater called "schnorkel". After war some of survivor U-boats were deliver over to ex-enemies navy on account of reparation, including 3 u-boats to Soviet Navy.