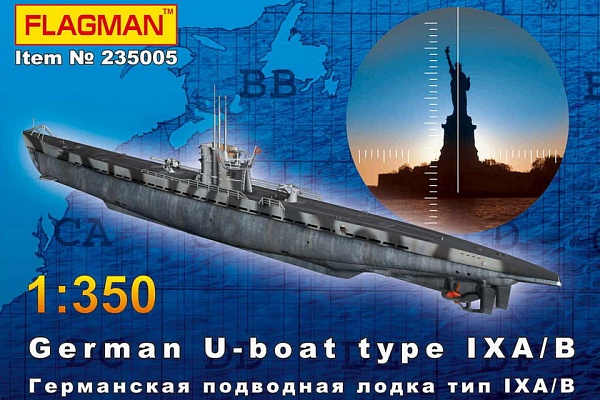 U-boats type IX A and slightly improved modification of IX B, became the first ocean-going submarines Kriegsmarine series-built. Well-armed, long-range (up to 6000 miles) boats in the hands of their experienced boat crews have made great strides in the early years of World War II. They very effective acted off eastern coast of the United States, in the Caribbean and South Atlantic. U-boats type IX A/B occupy six of the ten places in the ranking of the most successful submarines of World War II.